Dylan Liverpool Official wanted to debate.  He agreed to debate on June 9.  See the screenshot below.  I sent him my email address as I had no other way to contact him. 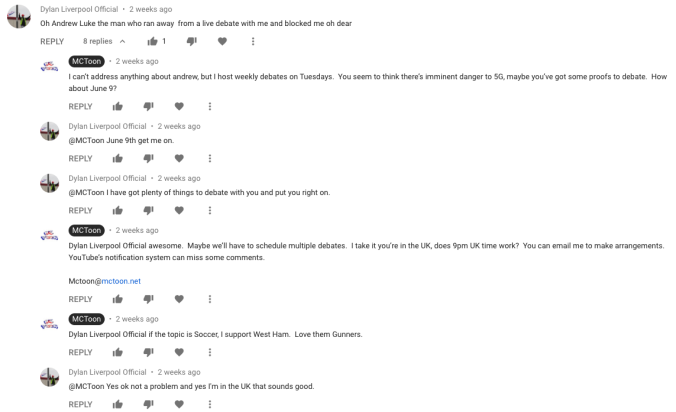 On the morning of June 9, I started trying to get him to message me with no success.

I scheduled a live stream but no word from him so I canceled and rescheduled the live stream for a later time that day.  He did show up in the livechat of the rescheduled live stream, though much later than the agreed-upon 9pm UK time.