These regular flights in the southern hemisphere are impossible on a flat earth:

Flat earthers may try to deflect and show non-direct flights which usually involve transferring to another plane.  This is just deception.  If the earth is flat these flights would follow a different route and be two to three times as long.  If they follow the same route but just on flat earth, the distances would be 3-6 times as long.

Flattys, don’t like it?  Book the flight, take your GPS recorder, and disprove it.  Until then, the flat earth idea is low-quality fan-fiction.

Flight QF27 on the globe:

Here’s an example of a real flight that was flown: 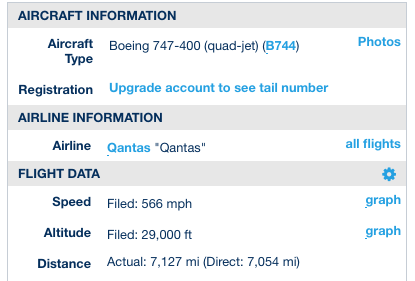 Here’s a nice graphical illustration of how flights on flat earth cannot work: